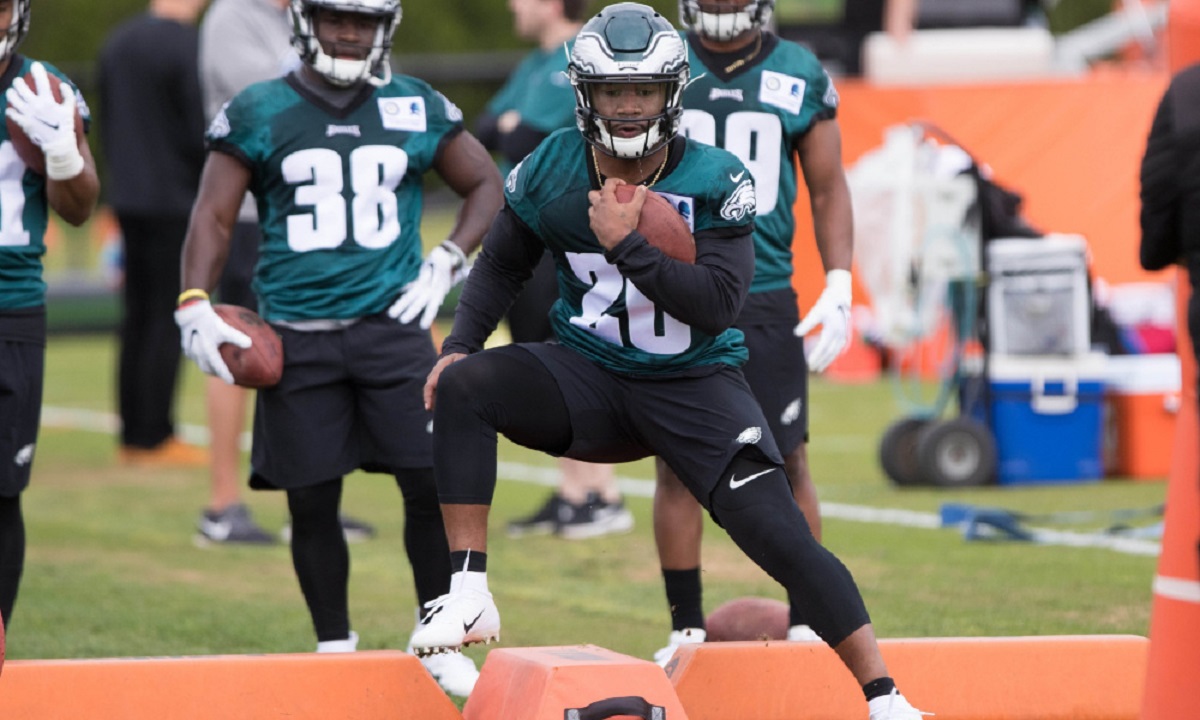 It is fair to say Miles Sanders did not set the NFL on fire over the first half of his rookie season. After disappointing in the first two weeks, Doug Pederson decided to move forward with Jordan Howard as the lead back in an RBBC. This decision crippled Sanders’ production and seemed to have dashed any hopes of a rookie breakout. However, one man’s misery is another man’s fortune. When Howard went down for the season in week 9 with a neck stinger, Sanders was thrust into the spotlight and seized the opportunity he was given. After the Eagles bye week, Sanders went on an incredible tear finishing as the RB3 in weeks 11-16, recording 20 touches per game with 4.2 receptions.

Throughout his rookie season, it was evident that Sanders has room to improve as a runner. This is highlighted by his dismal run grade of 59.1 from ProFootballFocus. As he continues to gain experience, this is an area of his game that will improve over time. It is easy to forget that for two of his three years at Penn State he was playing behind Saquon Barkley, which explains why he averaged only 28 rush attempts per season.

As the offseason is creeping towards an end, my optimism regarding Sanders’ 2020 outlook continues to grow. It seems like everyone, including me, has been waiting for the Eagles to sign an inefficient, veteran running back who will eat into the potential workload of Sanders. Yet here we are, under 50 days until the restart of football, and no such acquisition has been made. So, what does this mean?

I am not going to extrapolate Sanders’ six-game pace, where he was the undisputed leader of the backfield, and say he will finish as a top-three running back in 2020. What I will say is, that as things stand, Sanders will be the lead back in one of the better offenses in the league while having a clear path to being a bell-cow back. This means that. unlike some of the other first-round options. Sanders will not suffer from game script dependency.

I have been bullish on Miles Sanders all offseason, and my confidence is not wavering now; current best ball ADP has him as the RB9 while I have him as my RB8 for the 2020 season.

As anyone who has followed me on Twitter knows, I have been begging you to draft Sanders in your startup dynasty leagues for the last few months. With Pederson stating in June that Sanders is ready to become the unquestioned leader in the backfield, the Eagles and I clearly believe that he will become a dominant player at the position.

Entering the second year of his rookie contract with one of the top offensive play-callers as his head coach has left me drooling at the idea of what Miles Sanders’ ceiling could be. I see his value continuing to trend in a positive direction over the coming years as he establishes himself as a top 10 asset in all of fantasy football. I have him as the RB6 in my dynasty rankings, which is slightly ahead of his current RB7 ADP.

The window to buy is closing fast, I would advise everyone to purchase before it is too late.