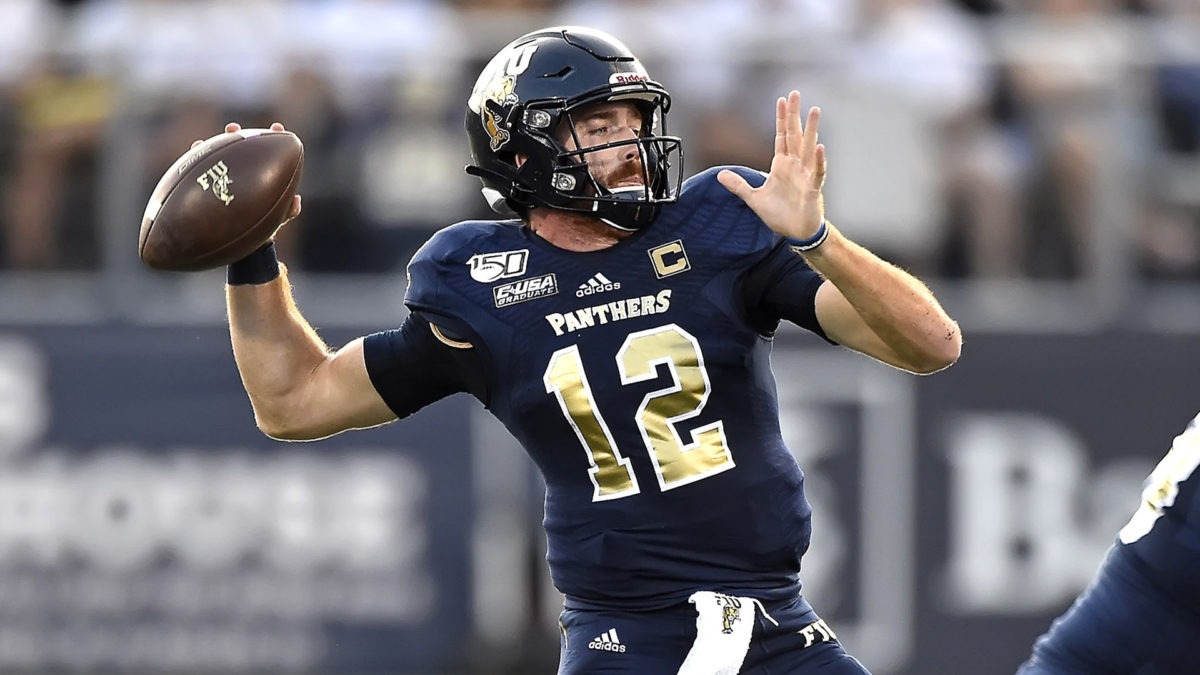 With the 19th pick in the fourth round, James Morgan is a part of the Jets organization as an insurance policy to Sam Darnold. Approaching the draft he rose in the draft with impressive interviews and combine performance and it shows here.

A little older than other prospects in the class, James Morgan redshirted his freshman year at bowling green and transferred to FIU after failing to really see much success. Morgan played basketball and won a state championship in track in high school showing his ability as an athlete.

Morgan during his time at FIU, his junior and senior seasons, was only able to achieve an average of 61.5 % completion rating but still didn’t turn the ball over that much despite his low completion rating with 12 interceptions over the two years. He doesn’t jump off the page and shout starter, but with time to develop, he does have the traits to operate an NFL offense successfully. Leading up to the draft multiple teams started to draw interest, and he started to climb draft boards across the league.

If Morgan is expected to start in place of Darnold, I don’t see him succeeding right away and it’ll take time to develop. However, at least he offers a better option than aged veteran Josh Mccown. He shouldn’t be more than a back-end third-round pick for your taxi squad because he won’t see the field anytime soon.

For more Instant reactions throughout the draft follow me @DFF_MattBull and leave any comments or questions about your team.