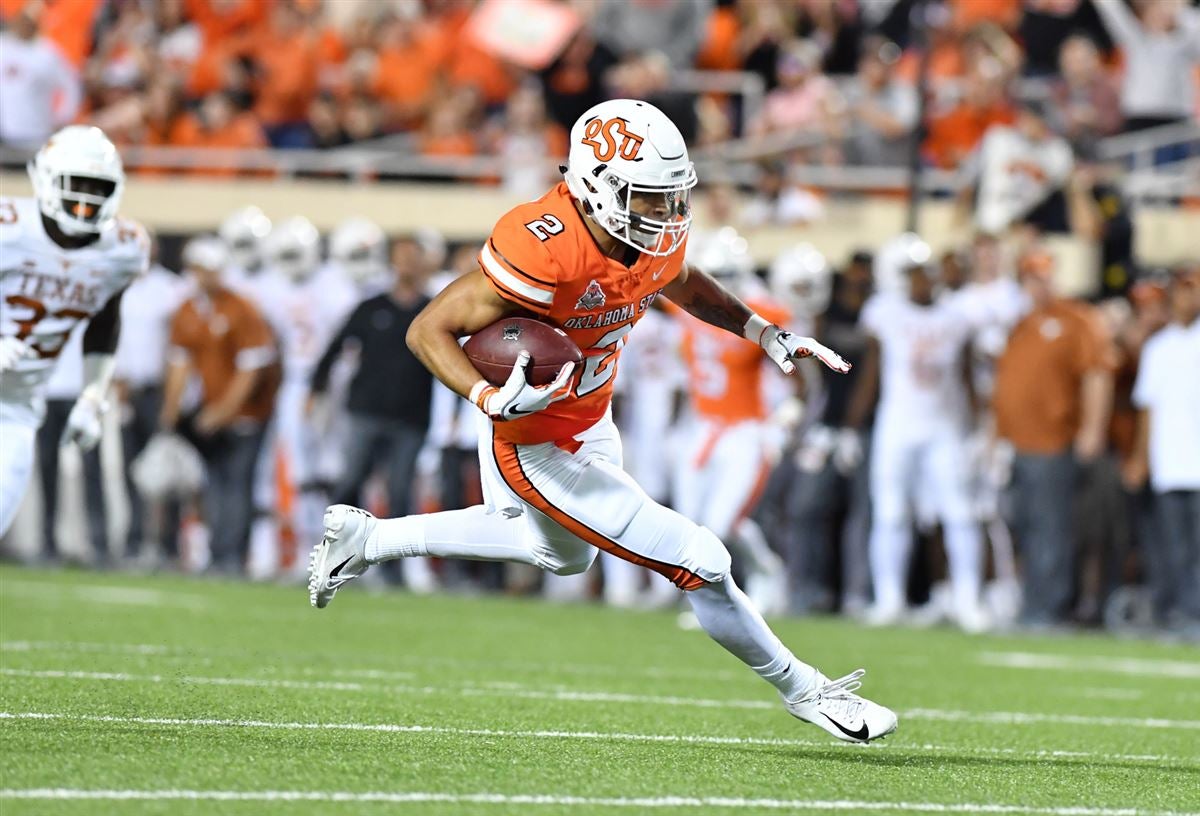 Tylan Wallace was drafted 131st overall in round four by the Baltimore Ravens, becoming the 19th wide receiver and 131st overall player in the 2021 NFL Draft.

Wallace played four full seasons with Oklahoma State, and he put up great numbers after his freshman season. In his four-year college career, Wallace compiled 205 receptions for 3,434 yards and 26 touchdowns. After his freshman season, Wallace produced consistent college numbers, and he showcased why he is considered one of the more productive receivers entering this draft. His best season came during his sophomore year, where he caught 86 passes for 1,419 yards and 12 touchdowns in 13 games played. Unfortunately, he took a step back after his sophomore season, but he still produced great receiving statistics in his junior and senior seasons. He surpassed 50 receptions and 900 yards in each of his last two seasons with Oklahoma State. With his consistency, he could mold into a decent starting receiver at the next level.

Wallace is one of the more polished route-runners in this draft. He has great contact balance, and he wins a lot of 50/50 balls thrown his way. The Oklahoma State product has great leaping abilities, and he plays bigger than he is by lowering his shoulder for extra yards. He’s a violent runner after the catch by using stiff arms while breaking tackles as well. One of his best attributes is his coordination skills as he makes a ton of sideline contested catches.

Although Wallace is very explosive, he lacks true vertical speed. He won’t beat you deep down the field, and he’s not a big-bodied receiver. He also needs to improve his blocking skills, as he constantly loses one-on-one battles with corners on the outside despite his competitive nature.

At his Oklahoma State Pro Day, Wallace measured in at 5’11” and 194 lbs. Which equates to a BMI of 25.77. He ran a 4.39-second 40-yard dash, equating to a 102.31-Speed Score, and at 5’11” that is a 100.71-Height Adjusted Speed Score, both figures are in the top 65th percentile or higher. Wallace’s Pro Day was a bit of a disappointment. Although he shows great leaping abilities on game film, he only recorded a 33” vertical jump. His 112” broad jump doesn’t scream elite either. Wallace lacks elite speed as well. He ran the three-cone in 6.97 seconds (46th percentile) and the short shuttle in 4.25 seconds (43rd percentile). Although Wallace shows grit and strength on the field, he only put up 11 reps at 225 lbs on the bench press (20th percentile).

Wallace was selected with the 131st-overall pick in the 2021 NFL Draft by the Baltimore Ravens. Clearly, there were some medical or character issues that caused Wallace’s drop, as his film was rather impressive. Unfortunately, he joins a relatively young and crowded WR room in Baltimore–already a team that throws the ball less than the league average. Wallace will compete with the likes of Hollywood Brown, Rashod Bateman, Devin Duvernay, and Miles Boykin, as well as All-Pro TE Mark Andrews. Wallace looks to be a nice stash, but probably will not be a fantasy contributor early in his career.

Wallace will likely serve as a WR3/4 for his new team. Don’t expect a ton of fantasy impact right away, but he could be productive later in the season. He’s a top-20 wide receiver in this class, and he should produce inside of the top-75 at his position this year. Wallace projects to be a free agent wide-out for most of the season, but don’t be surprised if he’s on many fantasy rosters at the end of the year. He’s also worth drafting in the mid-to-late rounds in Dynasty leagues. Wallace should serve as a valuable starting receiver in this league at some point.