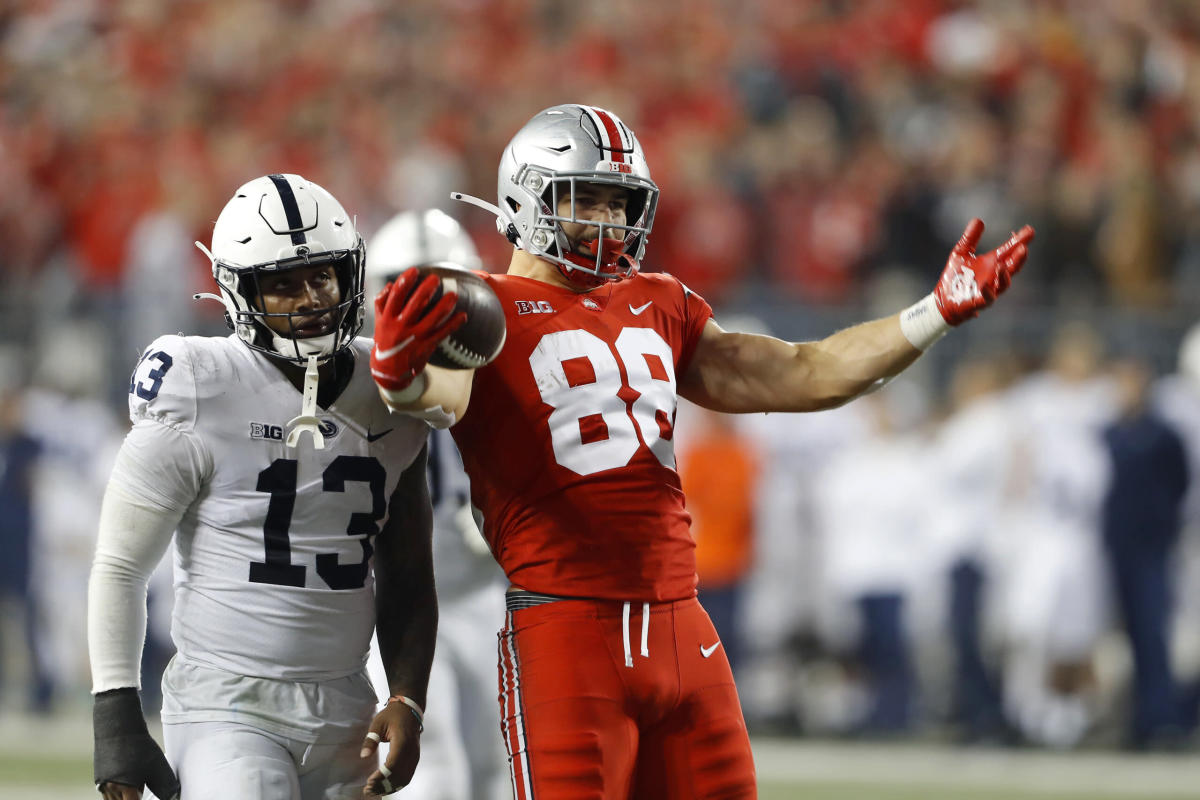 Jeremy Ruckert was drafted with the 37th pick of the third round by the New York Jets, becoming the fourth tight end and 101st overall player selected in the 2022 NFL Draft.

Jeremy Ruckert was a New York State Gatorade Player of the Year and USA Today first-team High School All-American coming out of high school. He was rated the number one tight end prospect in the nation before signing with Ohio State. As a true freshman, Ruckert played in 12 games as a reserve. In 2019, he started three games for the Buckeyes. He was an All-Conference selection in 2020 (13 – 151, five TDs). He was an honorable mention selection again this past season, setting career bests with 26 receptions for 309 yards and scoring three times. It is important to note that Ruckert played with two first-round picks in former teammates Garrett Wilson and Chris Olave, as well as Jaxon Smith-Njigba, who should be selected in the first round of next year’s NFL Draft.

Due to a foot injury, Ruckert did not perform any of the running or jumping tests at the NFL Scouting Combine or at the Ohio State Pro Day. He did participate in the bench press where pushed out 19 reps.

Jeremy Ruckert was selected with the 101st overall pick in the 2022 NFL Draft by the New York Jets.

One of the only true-Y and dual-use TEs in this draft, Ruckert can be relied on to block and to catch passes. This will keep him on the field for more snaps. He enters a situation with only C.J. Uzomah ahead of him on the depth chart, in an offense that is becoming very exciting with tons of young, dynamic playmakers at skill positions.

As a prospect, Ruckert has soft, reliable hands and is a smoother runner in and out of breaks. He also possesses strong football IQ and can easily find the openings against zone coverage. His collegiate production does not jump off the page, but it is important to consider who he played with in college and his value to his team as a blocker. Ruckert could become the starting TE for the Jets as early as the 2023 season. He will be a player that your author grabs often in rookie drafts (both TE premium and standard dynasty leagues).

The NFL off-season is a time, if not, the best time, … QB Garrett Grayson, New…

As Dynasty owners there are very few times we can … WR DeAndre Smelter, San…